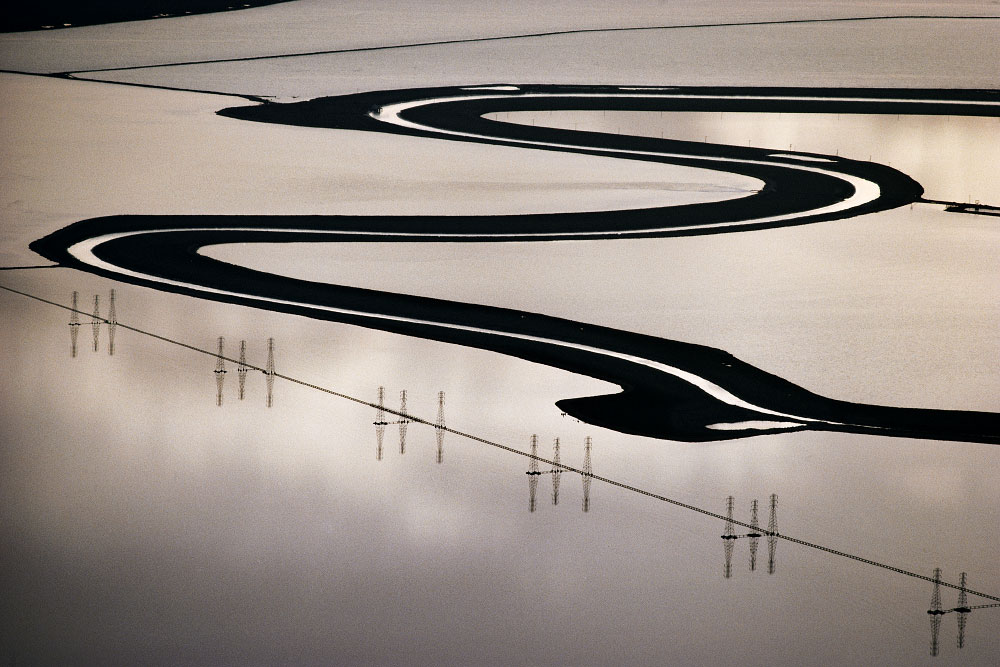 This novel exhibition presented by the Positive View Foundation was the first of its kind anywhere to show both the harsh, even brutal realities of the changing environment, as well as its enduring and stunning beauty, it was a wide-ranging and ground-breaking exhibition featuring more than 70 of the world’s most highly regarded photographers from North and South America, Africa, Europe and Asia, with many of them showcasing previously unseen and recently completed works.

William A. Ewing, the exhibition's curator explained: “Landscape has been and remains one of the most powerful forms of photography, and is even more so in a world which is changing so fast we can hardly keep up. Rising seas, melting glaciers, the ozone hole, desertification, coastal cities under threat - we add to the list everyday. And photographers everywhere are grappling with these problems, creating brilliant pictures which put a vivid face on otherwise abstract issues. These images range from the sublime to the ridiculous; photographers are on the front lines - our eyes and ears. But they also remind us to slow down and appreciate the beauty of the world – often where we least expect it".

Our education pack for Landmark: the Fields of Photography is a downloadable resource for both teachers and students, that provides contextual information on the exhibition and highlights suitable lines of enquiry.