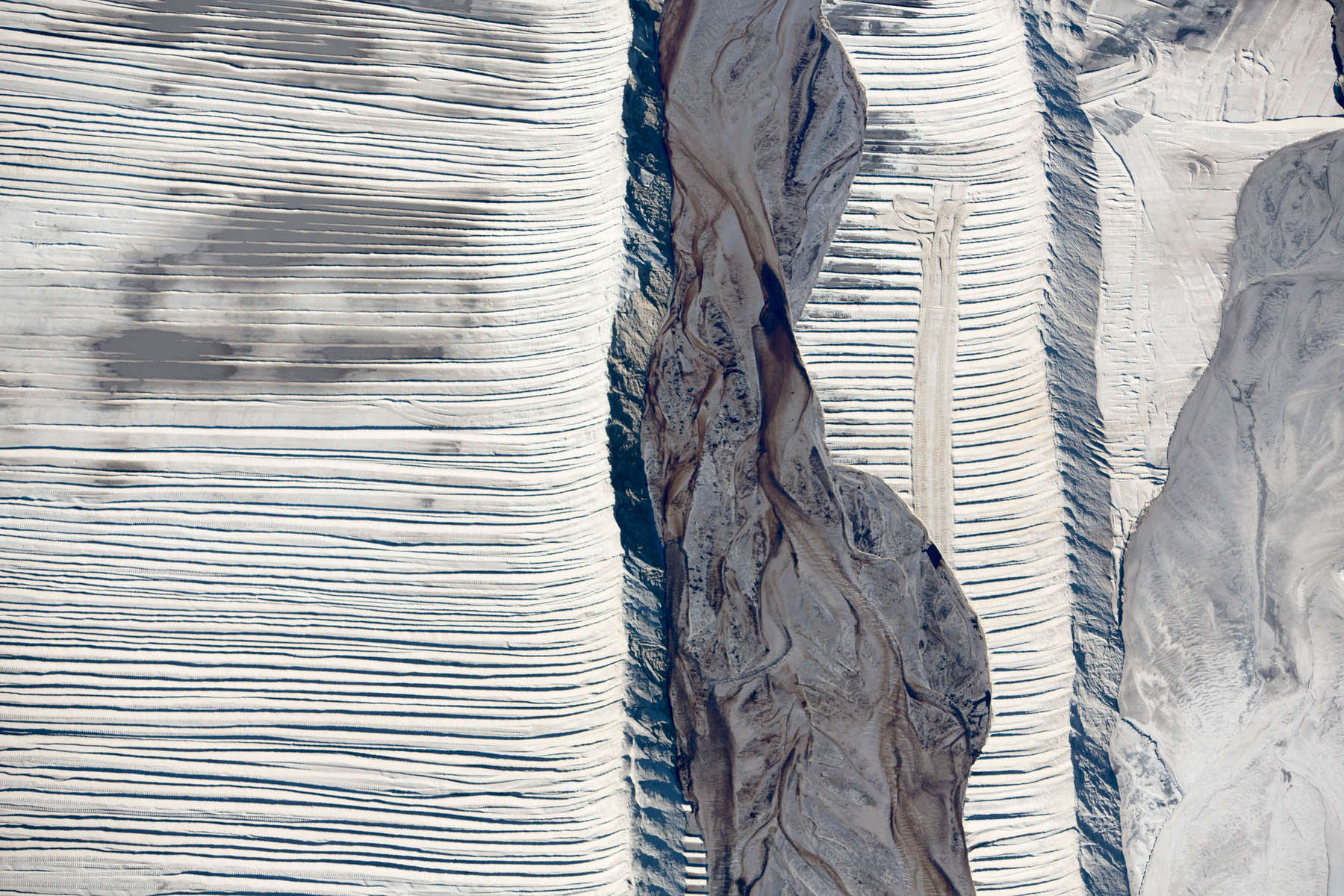 Alex MacLean takes both hands off the controls of his two-seater Cessna 182, grabs his camera, leans out the open window of his cockpit, and starts shooting. The plane, meanwhile, starts wiggling. MacLean is an artist and also a cartographer. He's exhibited in great art museums, including a solo turn at the Menil Collection in Houston, but he's also participated in projects including a study of population density he's currently doing for the Cambridge-based Lincoln Institute of Land Policy. His career is international. Two years ago he won the Prix de Rome, a venerable award in landscape architecture. Through these photographs, he shows the organizations and urban developments that define the different lifestyles and consumption. Changing perception of the urban world, Alex Maclean captures certain truths to urban issues. He addresses fundamental issues of the 20th century, atmosphere, electricity, deserts, water use, rising water, waste and recycling planning.

In the fall 2014 Alex Maclean and Daniel Grossman flew over oil production centers in the US and Canada. We gasped at the intergrated, continent-spanning system that powers our lives and threatens our climate. We flew over tar sands deposits of northern Alberta, refineries along the Texas Gulf Coast, and the pipelines and tank farms linking them.

Alex captured the strange beauty in the shape and form of environmental destruction, the patterns of tank farms and unnatural edges, colors and designs of cleared acres of factories, pipes, pumps and drainage basins-the precise structures of their profitmaking.

After 130 years of industrialization, we’ve heated the Earth by 0.8 degrees centigrade and will surely heat it up by almost as much again, even if “we” suddenly stopped all industrial combustion, all driving, all carbon-based home heating, tomorrow.

A depleted open pit mine is use to retain the residuals byproducts of extracting bitumen from tar sands. One byproduct is sand which here is bulldozed to make a channel to further direct liquid waste to a settlement pond further downstream.