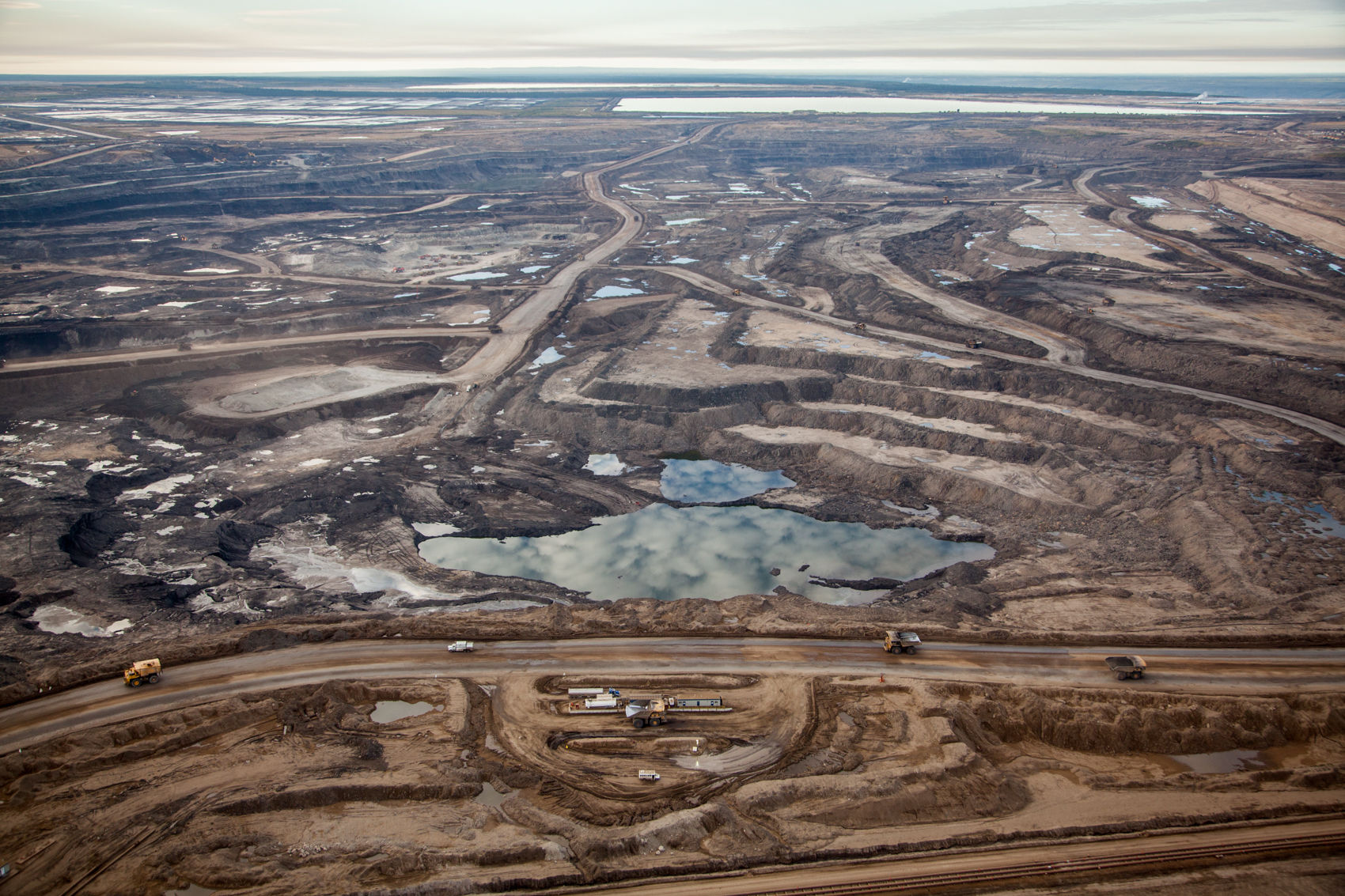 Alex MacLean takes both hands off the controls of his two-seater Cessna 182, grabs his camera, leans out the open window of his cockpit, and starts shooting. The plane, meanwhile, starts wiggling. MacLean is an artist and also a cartographer. He's exhibited in museums internationally, including a solo turn at the Menil Collection in Houston. Two years ago he won the Prix de Rome, a venerable award in landscape architecture. Through these photographs, he shows the organizations and urban developments that define the different lifestyles and consumption.

Finite World shows MacLean’s images of oil production centers across the United States and Canada that capture the strange beauty in the shape and form of environmental destruction, the patterns of tank farms and unnatural edges, colors and designs of cleared acres of factories, pipes, pumps and drainage basins-the precise structures of their profit making.