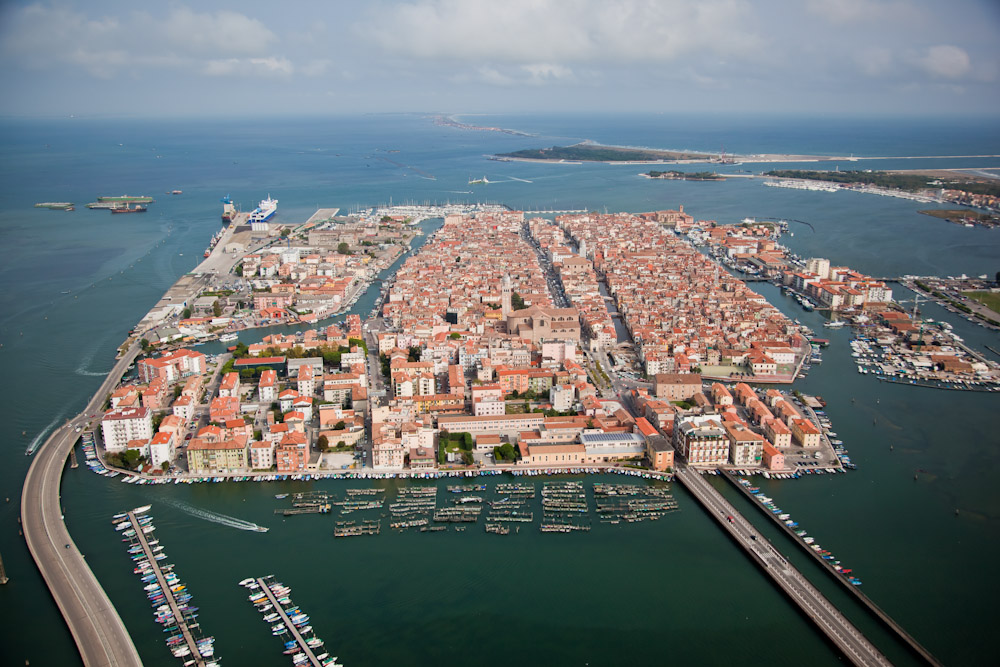 Photographer and pilot Alex MacLean explores the vast and ever increasing development of large areas of land. He captures the changing nature of natural landscapes from the bird’s eye view of his plane: golf courses, suburban developments, even entire cities that devour deserts, lagoons and farmland. In his latest work, MacLean has focused his camera on two cities that are shrouded in myth as well as ecologically endangered: Las Vegas and Venice.

Both cities were constructed using enormous amounts of resources in environments normally considered hostile to human settlement. Both are popular travel destinations that are acutely threatened by climate change. MacLean’s photographs are deceptively beautiful in the manner they depict the extravagantly wasteful use of resources from the unusual perspective of high altitudes.

The exhibition is a joint presentation of the Eres Stiftung and internationally acclaimed publishing house Schirmer/Mosel, which is also publishing a book of 160 color photographs that illustrate the fragile beauty of these cities, places that are also symbols of the human ability to turn visions into reality.