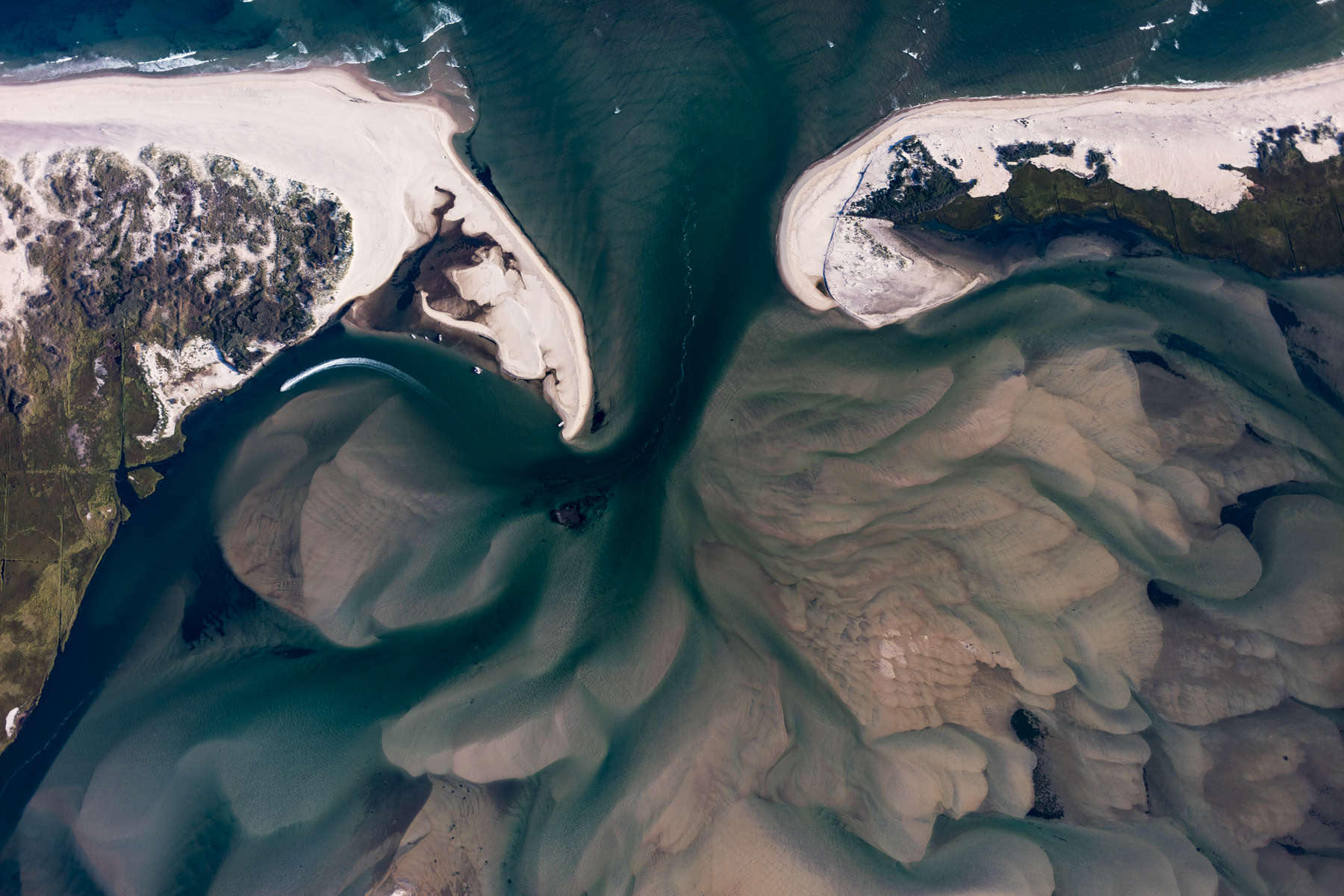 I was flying at 4600' when I took this picture over Fire Island, a 32 mile barrier island off the southern shore of Long Island. In 2012, Hurricane Sandy breached Fire Island in three places. Two of the breaches were filled in, but the third breach know as the Wilderness breach has remained open dividing the island in half. The boat and its wake in the western channel gives scale to the breach and the resulting underwater sand bars.