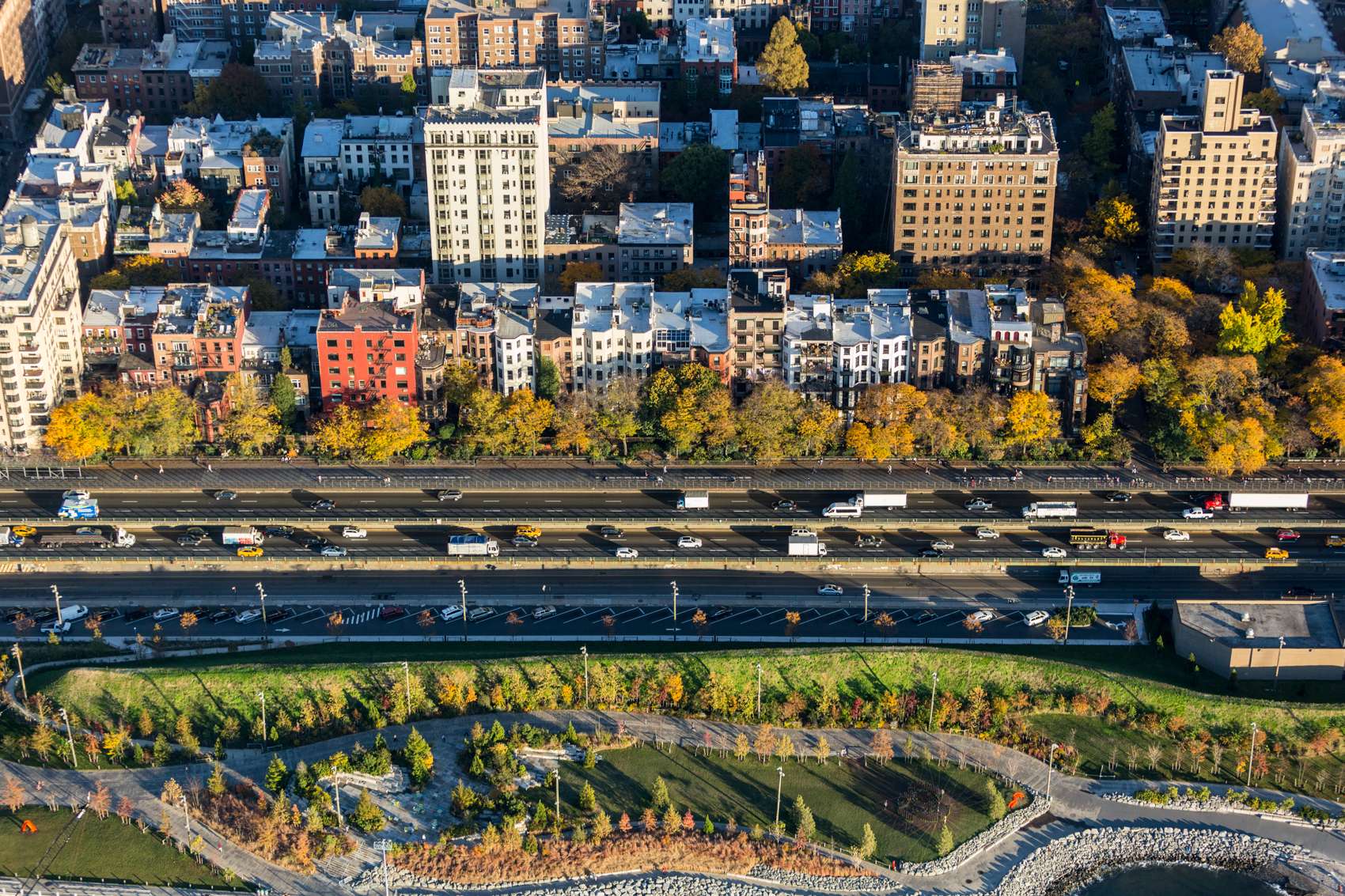 
View of the Greenway, a designated bike path that travels from Pier One to Pier Six of the Brooklyn Bridge Park.The Brooklyn Bridge Park is an 85-acre park that extends 1.3 miles along Brooklyn's post-industrial waterfront on East River, from Atlantic Avenue in the south, under the Brooklyn Heights Promenade and past the Brooklyn Bridge, to Jay Street north of the Manhattan Bridge. A defunct cargo shipping and storage site since 1983, and cut off from the city by the Brooklyn-Queens Expressway, Michael Van Valkenburgh Associates has worked to transform six piers and several warehouse buildings since 2003.