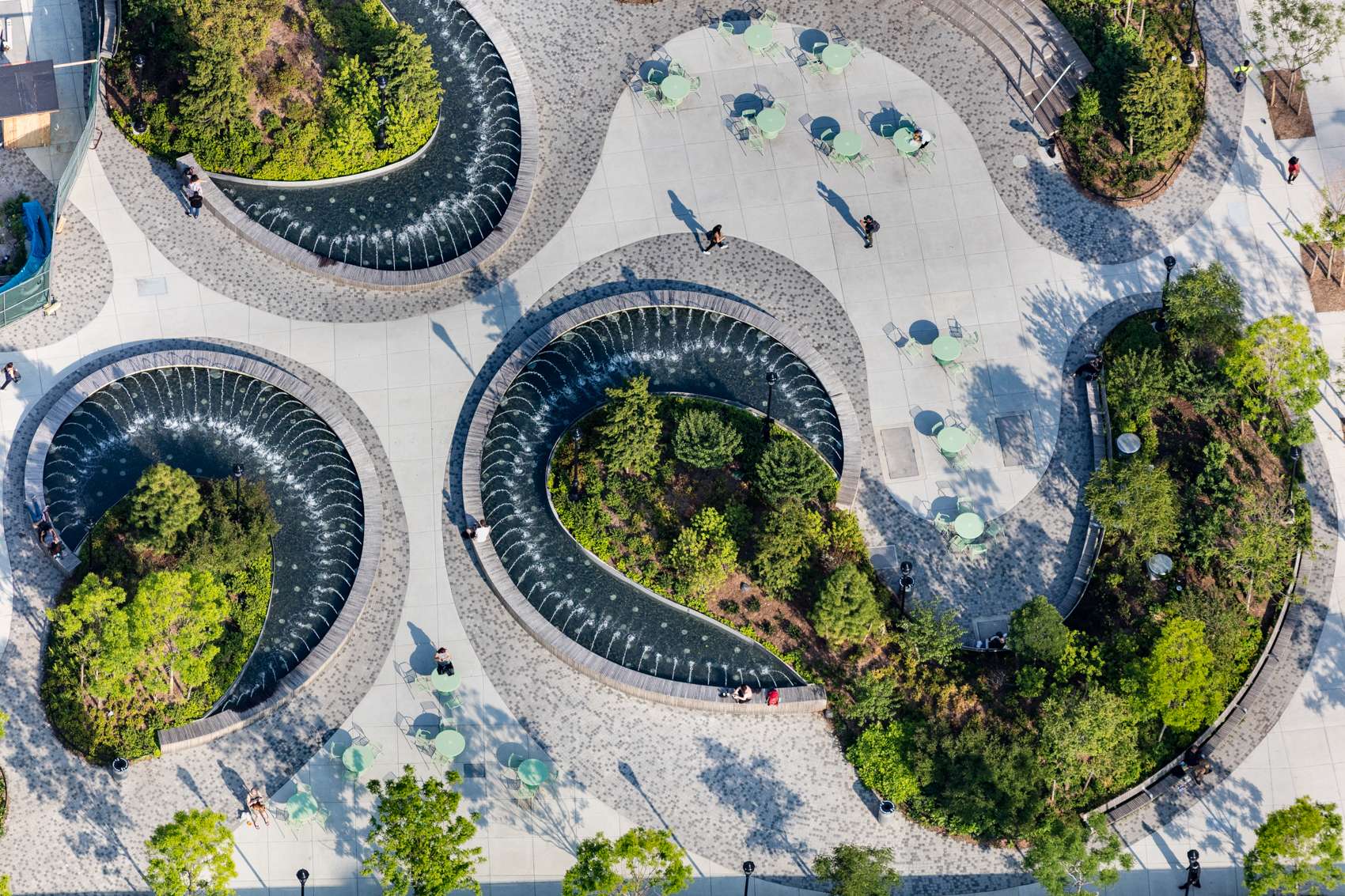 
Fountains built around islands of trees on a block of the Boulevard. Hudson Park and Boulevard is a greenway and boulevard in the Hell’s Kitchen neighborhood of Manhattan. Designed by Michael Van Valkenburgh Associates, it is being built as part of the Hudson Yards Redevelopment Project. The park lies between 10th and 11th Avenues, and will eventually extend six blocks north-south, between 33rd and 39th Streets, with the boulevard running through center.